Traditional underwater optics consist of terrestrial lens placed behind a flat or dome port.
While lenses have been designed for terrestrial use, their optical performance changes greatly when shooting through an underwater port.
Flat Ports introduce severe chromatic aberrations, geometric distortions and cause image magnification (the angle of view is sacrificed) making wide angle cinematography impossible. Dome Ports typically limit image quality to less than high definition. This is inadequate for today’s image quality standards.

Our range of underwater housings are designed with no-compromise, no-expense-spared, engineer-designed and precision-machined to tight tolerances.
Our housings are exclusively made out of ceramic-coated Titanium alloys – assuring reliability, strength, small size and light weight.

Our housings weigh less than half of other digital cinema camera housings making work practices safer and allowing cinematographers to film in challenging conditions saving costs in crew size, transport and lifting equipment.
Our underwater housings support large selection of high-quality submersible lenses, which can be changed in seconds without opening the housing – no custom gears, no extension ports, no alignment, and no hassle.

Nikonos submersible lenses have been a foundation of underwater photography for over 30 years. Unlike land lenses placed into waterproof ports, Nikonos lenses were specifically designed for the unique optical challenges of underwater imaging. Many professional photographers consider these lenses the sharpest underwater optics ever designed. And rightfully so, as their optical performance does not suffer from the limitations of land lenses placed behind waterproof ports. Dome ports and flat ports, irrespective how good, suffer from inevitable field curvature, distortions and chromatic aberrations. On the other hand, Nikon Nikonos RS submersible lenses offer unmatched sharpness underwater – far exceeding that of housed terrestial lenses and even the camera itself

Small size means getting to location and getting the shot. It also means easier and safer work methods as the housing can be easily picked up with one hand – all ready to shoot. At just 7.2kg (16 lbs) – it is by far the lightest system in the industry. It can easily be mounted on a crane, jib, tripod, 3D rig, scooter, ROV and other moving platforms where large, bulky housings are too heavy and too cumbersome. It also provides safer, more efficient work methods by eliminating risks of an injury through heavy lifting. It is also easy to ship to remote locations or take on a plane with plenty of spare luggage allowance left.

3Deep housings are also made entirely out of precision-machined titanium alloys.
3Deep housing weight is approximately 14kg empty and approximately 20kg (44 lbs) ready to dive with two cameras, batteries and 3D monitoring onboard – less than traditional single camera housings and an order of a magnitude less than traditional 3D underwater housings.

In short No – it was designed to replace an array of 10 of those cameras stitched together.
The 9×7 generates far more data than traditional digital cinema cameras. While it is possible to shoot entire film with 9×7, it would require discipline when filming, akin to that when using 15-perf 70mm film.

ACHTEL 9×7 Digital Cinema Camera is available for both Rental and Purchase. Please contact us for details.

ACHTEL Pty Limited specialises in Giant Screen and IMAX® cinematography above and underwater. Its innovative products and solutions won international awards and attention for uncompromised approach to image quality. ACHTEL’s products have been used on many high-end productions from landmark natural-history films to James Cameron’s Avatar Sequels 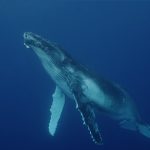 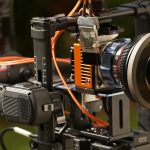